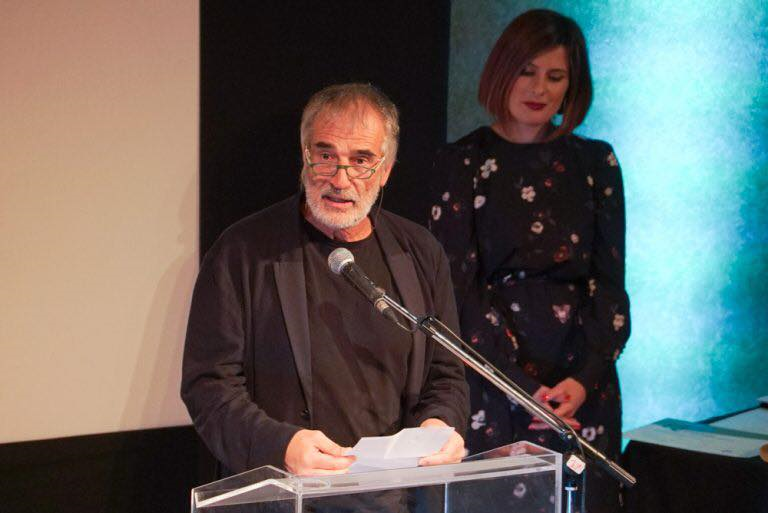 The director Manolis Mavris of the film “Maneki Neto” with the praise of the GSC received on behalf of Manos Tininsky Photo Gallery.
Here the relevant text read in the awards ceremony:
“I would like to convey the greetings of the Board of Directors and all the members of the Union of Greek Cinematographers to the Drama Festival and, of course, to our people, together with our wishes for 40 years, to do so much and continue to offer young people filmmakers an honest and free forum to promote and promote their films.
The Greek Society of Cinematographers (GSC) within the framework of the 40th Greek Drama Short Film Festival of Drama wishing to this year also rewarding a new-new colleague in his start and highlighting the decisive contribution of the Director of Photography throughout the production process of a film , gives praise for the visual narrative of Manou Tilinski for the Maneki Neko film directed by Manolis Mavri.
The committee was attended by our Members Katerina Maragoudaki and George Frentzos.
The award is accompanied by a Post Production Multivision sponsorship for the color correction of the next short film of the GSC-winning film at the Drama Festival, for a new Greek director of photography.