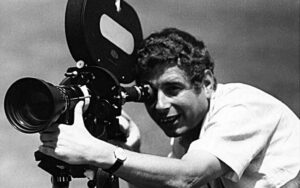 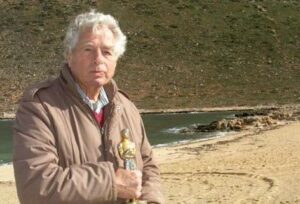 Walter Lassally was born in Berlin, Germany. His family was Protestant by religion, but Jewish by ancestry. They moved to England in 1939 to escape the Nazis. He was closely associated with the Free cinema movement in the 1950s, and the British New Wave in the early 1960s. He worked in the early 1960s with director Tony Richardson on the film versions of A Taste of Honey (1961), The Loneliness of the Long Distance Runner (1962) and Tom Jones (1963).

His autobiography, Itinerant Cameraman, was published in 1987. He was featured in the book Conversations with Cinematographers by David A. Ellis, published by Scarecrow Press in 2011.

He made his debut as an actor in Richard Linklater’s Before Midnight (2013), where he played an older British writer settled in Greece. Lassally died on October 23, 2017 at the age of 90 in Crete, Greece.

In 1965, Lassally won an Academy Award for Best Cinematography (Black-and-White) for Zorba the Greek (1964). This Oscar melted during a fire at Christiana’s Restaurant, on the night of January 1, 2012.

On January 26, 2008, the American Society of Cinematographers (ASC) presented Lassally with an International Achievement Award at the 22nd Annual ASC Outstanding Achievement Awards celebration, at the Hollywood and Highland Grand Ballroom, Los Angeles.

Walter Lassally was an honorary member of  GSC